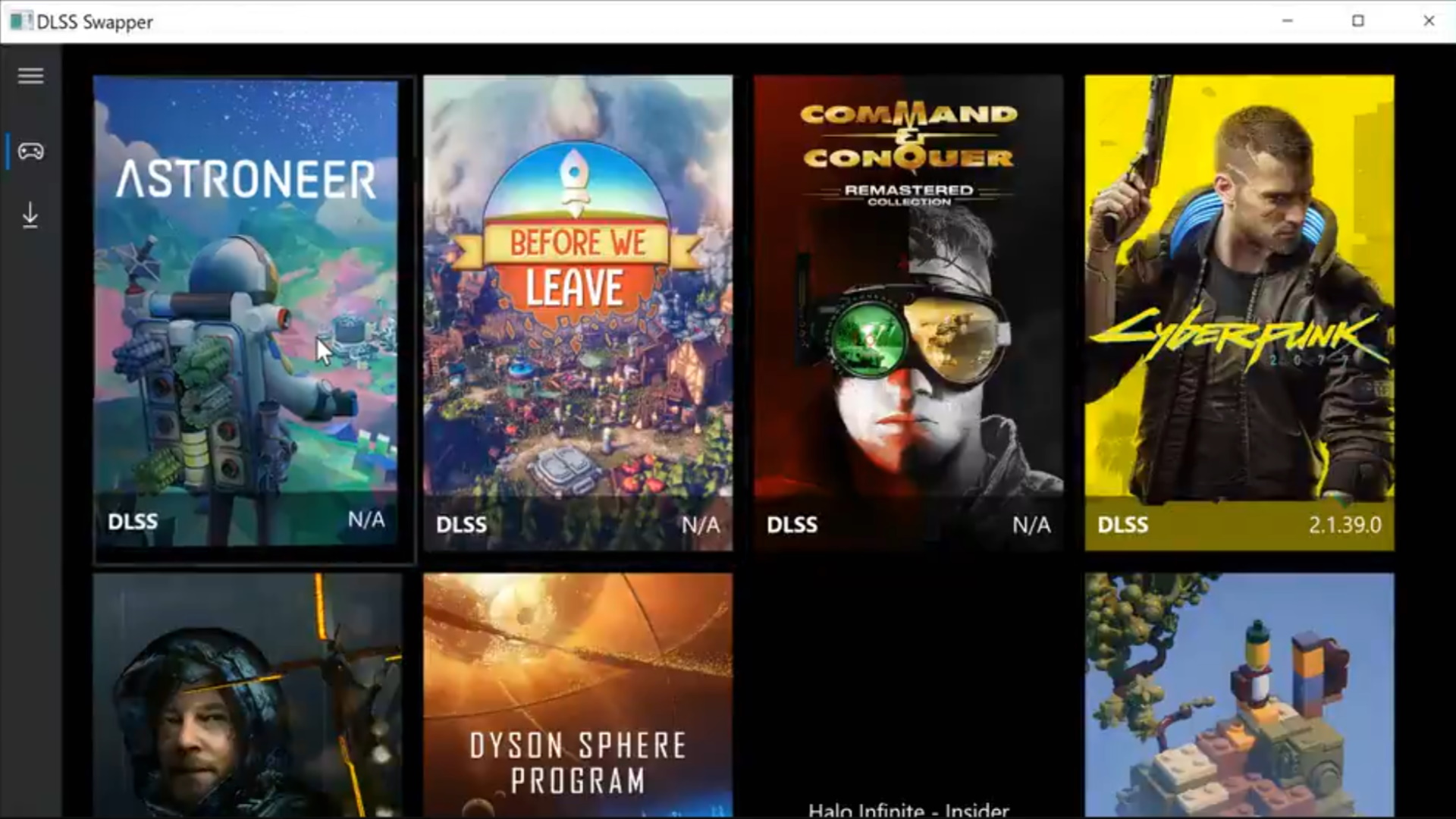 Nvidia DLSS 2.0 is one of the neatest features to come out of the green team, delivering higher framerates without a major reduction in visual quality. It doesn’t always work perfectly, and there have been a couple of instances where it’s caused artefacts—the moire effect has popped up in Death Stranding, and temporal flickering has been spotted in Cyberpunk 2077 at times—but Nvidia is constantly beavering away improving things. With each game release, DLSS image quality and performance seem to improve a little.

The thing is, games that are already out don’t always get an update every single time a new, subtly different version of DLSS is released for a new game. With the release of DLSS 2.0, however, things are changing.

With DLSS 2.0, Nvidia has moved to a more generic, less game-specific model. That means that you can potentially drop a newer version of the DLSS library into a game and benefit from the latest tweaks. There are exceptions, and some games work better with specific DLSS versions or don’t work at all with newer versions, but in some cases you can upgrade a game’s DLSS support.

TechPowerUp has produced a DLSS database that contains a selection of the latest DLSS versions. These are actually just the nvngx_dlss.dll files that ship with the various games. To change to a different version, you simply need to copy the new nvngx_dlss.dll file over your original one (after backing it up first, of course) and boot the game to see if it makes a difference.

I swapped the DLSS file on Cyberpunk 2077 a couple of months ago, back when the latest DLSS library was hosted on Nexus Mods, and while I didn’t see any improvements, it didn’t seem to make things any worse, either.

My #dlss swapper tool is finally coming together. Just need to make it verify dll hashes for a touch of security and I’ll probably go full send on it. (ping @Dachsjaeger) pic.twitter.com/Fesco4ybKhAugust 18, 2021

The only problem right now is that you have to compile DLSS Swapper yourself, as Brad has only shared the source code for the project on Github. Compiling it yourself isn’t too hard, but if you can’t be bothered with such things, an executable may rock up soon enough. I recommend following Brad’s Twitter account for updates.