Hey everyone! I’m JF Dugas, Senior Creative Director on Marvel’s Guardians of the Galaxy at Eidos-Montréal. When we first started working on the game and got to speak with Marvel about what was ahead of us, they gave us carte blanche to craft our own take on this band of misfits. For us, it meant diving into everything that had came before – comics, movies, animated series and more – to understand the essence of these characters, and from there, reimagine them in a fresh and faithful way.

Today, we’re going to tell you more about their backstories and how they relate to their designs. In our universe, a massive Galactic War initiated by a race called the Chitauri took place 12 years before the beginning of the game. This conflict ravaged the whole galaxy and left a lot of destruction in its wake, impacting everyone – including the Guardians, of course. 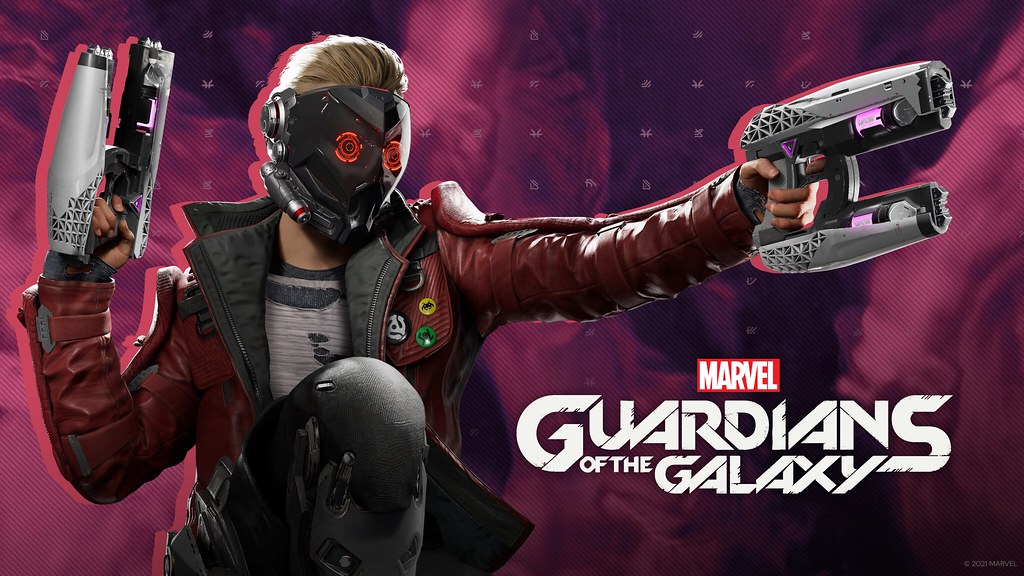 Peter Quill, son of J’Son (king of the planet Spartax) and Meredith Quill, was living a mostly carefree teenage life on Earth when the Chitauri landed in his backyard. They killed his mother and kidnapped him to use him as leverage against Spartax, holding him prisoner for the next four years. During that time, he met Yondu, leader of the Ravagers, and escaped with his help. He joined the Ravagers and participated in the Galactic War to help the Kree resistance against the Chitauri.

Years later, he fell off with the Ravagers and decided to form the Guardians of the Galaxy as heroes-for-hire, seeing opportunity in a galaxy still reeling from the aftermath of the War. Looking for adventure and profit, this is Star-Lord’s chance for a fresh start, which he’ll extend to his future Guardians.

Our approach for Star-Lord’s design was to go for a space pirate look, combined with key elements from his backstory. When he was a kid, Peter was a huge fan of a rock band called none other than… Star-Lord! This became the origin of his cosmic name, with his passion for this band informing his design, for example with the patch in the back of his jacket. Peter Quill is very nostalgic of his time on Earth, and this is also reflected by his 1980’s hairstyle, the studs on his leather jacket and the pins that harken back to things like his favorite video game. 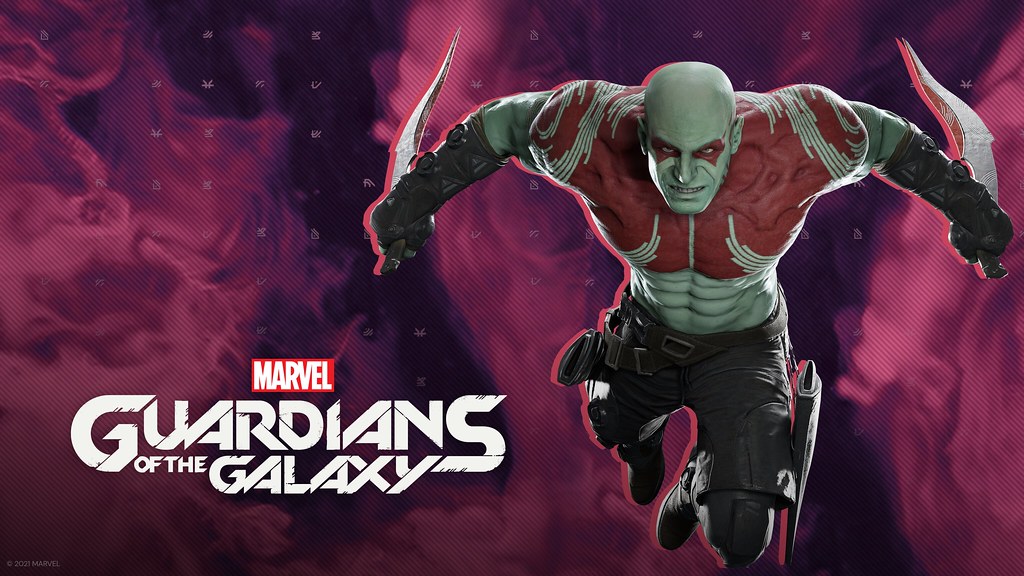 Drax, who was born and raised on the planet Katath, experienced tragedy during the War as well. His wife and daughter were killed by Thanos, who was working with the Chitauri. He embarked on a quest for revenge, and met cosmic Marvel characters such as Mentor and Chronos, who helped him prepare for the fight ahead. Ultimately, he killed Thanos in a legendary battle, but didn’t truly believe he was dead and continued his hunt.

Drax became a wanted man because of the destruction his obsession caused, and finally decided to turn himself in. He spent seven years in prison, and was recruited by Star-Lord on the day of his release. Drax joined the Guardians, hoping to prove he was more than ‘the Destroyer’.

The Katathian scarification on his body are not just for show: in our lore, they also tell about all the important events of his life, including of course his love for his family and the battles he fought to honor and avenge them. Drax has been through hell and back, and his markings are a testament to his resilience. 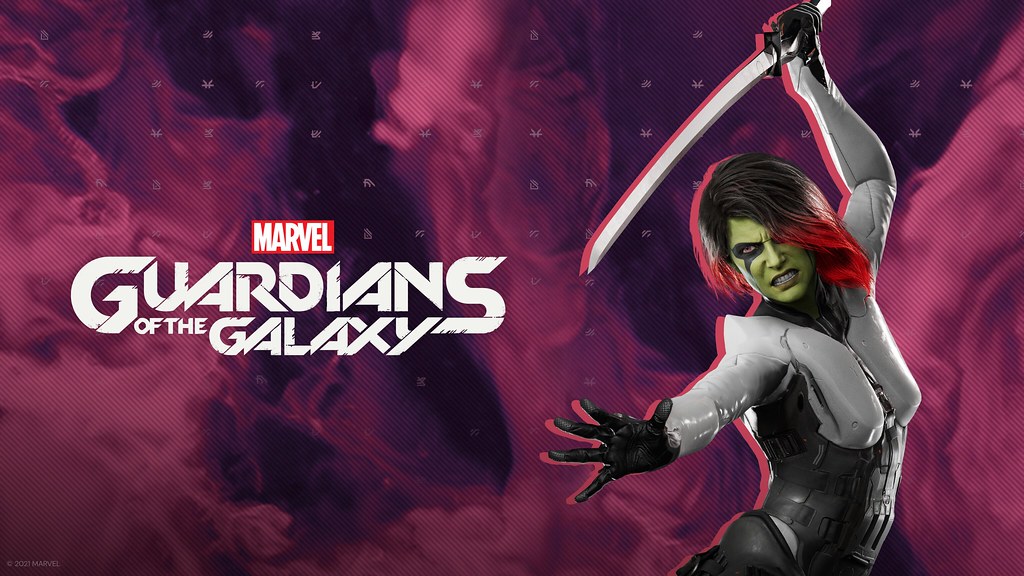 Gamora is the sole survivor of a race called the Zen-Whoberi. She was adopted by Thanos and became sister to Nebula. After years at their side, she decided to defect from Thanos and the Chitauri, and teamed up with Richard Rider to fight against them and help end the Galactic War. But because of her past, she was never accepted as a hero.

Years later, a battle against Nebula left Gamora on the verge of death. By sheer coincidence, she crossed paths with Mantis and the Priests of Pama, who took her in and healed her. The two of them became friends, and Gamora didn’t think twice about coming to her aid when Mantis was kidnapped by an assassin. This is when she met the Guardians and teamed up with them to save Mantis.

Gamora is the deadliest woman in the galaxy, and this is wholly reflected by her outfit. At the same time, we took inspiration from some of her looks in the Guardians comics, with black and white armor. Inspirations for her gear also came from big feline predators. She can prey without being seen. We chose to give her a full tactical body armor, with some sections of the suit designed with sharp edges to emphasize how lethal she can be. Everything about her style is sharp and practical, all the way down to the blades on her knuckles and boots. She’s ready for action at any moment. 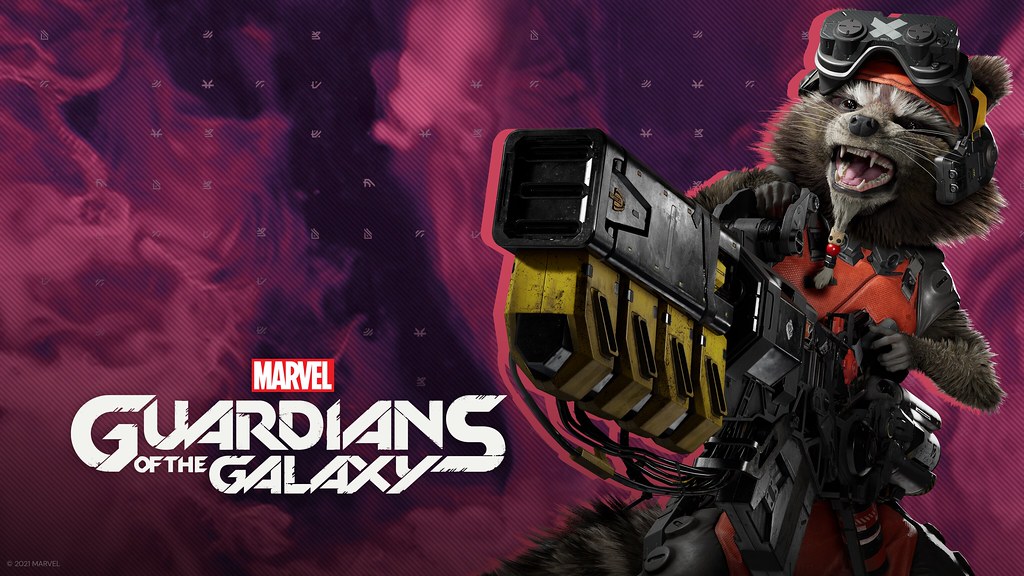 Groot is also the sole survivor of his own race, the Flora Colossi, his home planet having been destroyed by the Chitauri during the War. Groot himself was left critically injured, and the remnants of his body was discovered by search drones sent by Taneleer Tivan, aka The Collector. Groot was brought back to him and regrew from a twig while imprisoned. This is where his best friend-to-be Rocket arrived and stole him from Tivan’s collection while on a job.

Rocket is a genetically-engineered super-soldier experiment born on Halfworld during the Galactic War. He escaped his captors thanks to his superior intelligence and settled in Knowhere, taking odd jobs – ultimately stealing Groot and befriending him. They set off to explore the galaxy, working together as bounty hunters for the next 10 years. One of their marks happened to be Star-Lord himself, who offered to pay them double the price on his head if they joined his Guardians of the Galaxy. 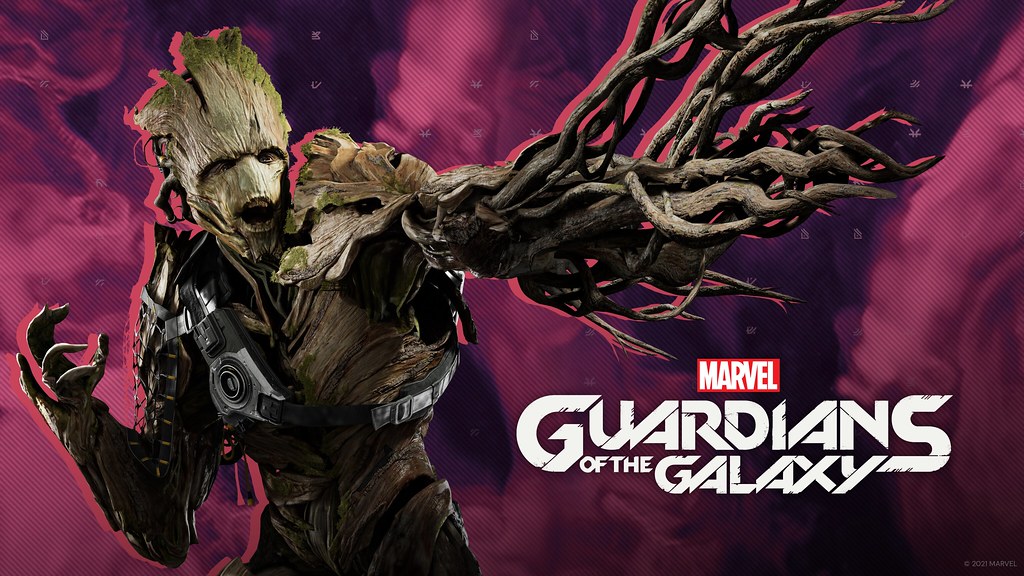 Rocket and Groot are inseparable, and their designs are similarly intertwined. Their gear echoes their dynamic and how integral they are to one another: for instance, Groot wears a harness created by Rocket so he can climb up and fire away at enemies, and Rocket sports a bead shaped like a mini-Groot in his goatee.

Now that you know the story of how the Guardians came together, you’re all set for the release of our game on October 26 on PS4 and PS5! We still have a lot to show on our game, so stay tuned.

Embark on an Expedition in Path of Exile’s latest expansion, out today – PlayStation.Blog