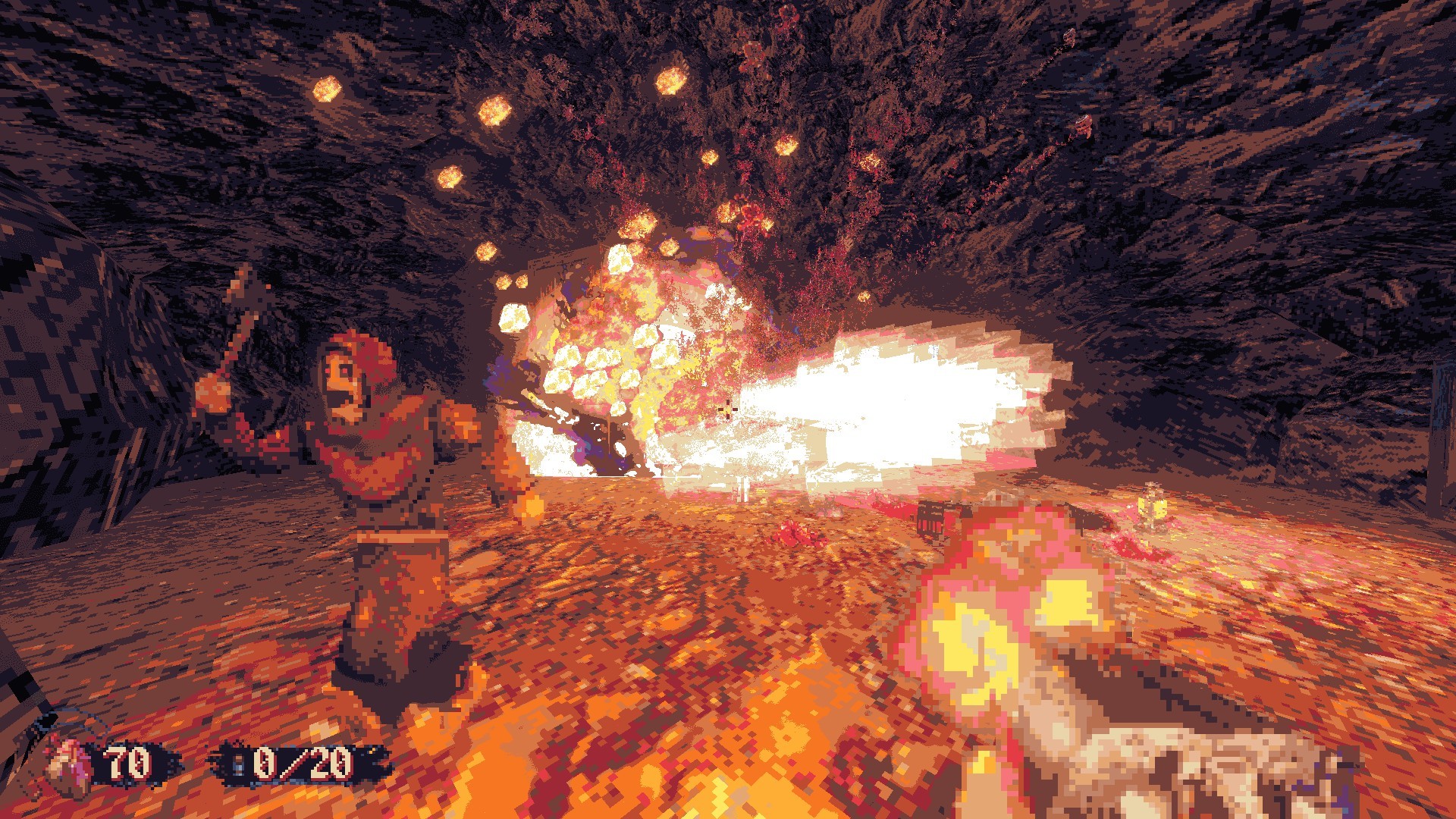 During its digital showcase Realms Deep, 3D Realms (“still putting toilets in games”) announced that it will be publishing Cultic, a retro FPS in the vein of Blood developed by Jasozz Games. In Cultic you play a detective who rises from the grave to get revenge on a bunch of hooded cultists with hatchets, taking them on with “a full arsenal of mid-century firearms and explosives”.

Expect a Mauser, Sten gun, and a lot of TNT then. Cultic also features a kick and the option to just chuck chairs or other improvised weapons at those smug cultist’s faces. While the graphics are retro, Cultic features some modern movement options like dashing and sliding so you can get around quickly, but I expect to spend a fair amount of time rubbing against the walls looking for secret doors as well.

“I am beyond excited for everyone to finally play CULTIC,” said Jason Smith, sole developer at Jasozz Games. “This has been a dream project of mine since I first started tinkering with game development, and having it go from experimenting with an art style to a 3D Realms game has been incredible.”

Cultic will be out next year, but you can play a demo on Steam right now.

The Ascent guide: Tips to get you started