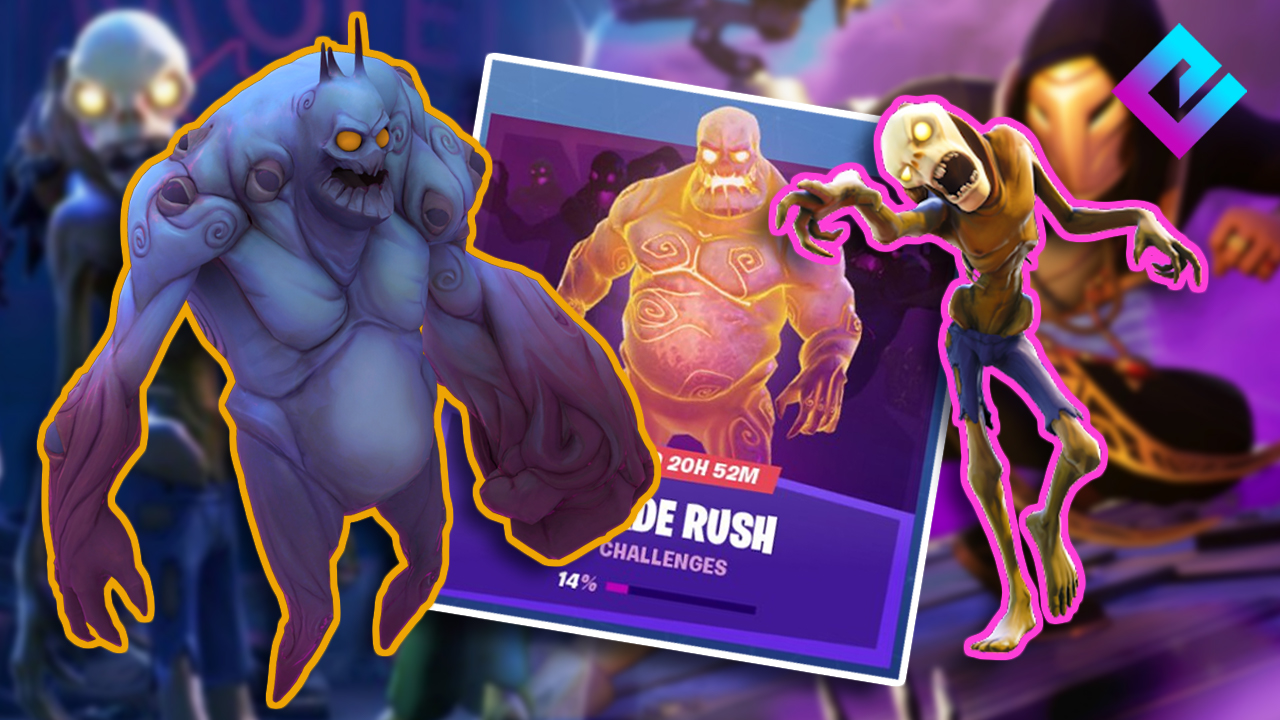 Epic Games has hosted some of the best Halloween events in a battle royale game ever with Fortnite, and it looks like the upcoming spooky fall season will be no different. A recent leak reportedly revealed that the fan-favorite Fortnite Horde Rush limited-time mode would be returning.

The latest Fortnite Horde Rush leak comes from, no surprises here, HYPEX, who posted about it on Twitter. The renowned data miner noted that the limited-time game mode will be coming back on Halloween, which is a bit surprising to hear since the haunted holiday is still more than two months away.

Regardless, the data miner was reportedly able to find files in the backend of the battle royale title that points to it returning for the spooky season and with some changes in tow. This version of the popular Fortnite Horde Rush game mode will feature some new additions and items to amp it up.

This year, the Fortnite Horde Rush game mode will reportedly feature new gameplay mechanics, tougher zombies to take on, and a much more engaging limited-time mode overall. With all of this being the case, it looks like Epic Games is likely to have a nice Halloween experience in Fortnite this year.

The Horde Rush game mode originally came out more than two years ago as a limited-time experience that was quite different at the time from what Epic usually offered. It is a wave-based survival game mode that focuses on a team of players trying to stay alive for as long as possible.

The Horde Rush game mode only features four rounds in total, and it is the team’s job to survive for that length of time. You will be able to pick your gear at the start of the match and look for chests to get more loot from to prepare for the upcoming four waves.

On each wave, zombie enemies will show up and try to take the team down, and the simple goal is to survive long enough to finish each wave. At the end of the waves, there is a boss that players need to take out to get the victory for the match and complete it.

Given that the squads limited-time mode is zombie-themed, it makes perfect sense for Halloween, so it would not be surprising at all for Epic Games to bring it back for another go this fall season. What is great about it is that players can look forward to a revamped and expanded version in this return.

The Fortnite Horde Rush return will feature several new additions that the data miner noted, starting with the new spawn obelisks chests in the game mode. These special, unique chests will feature powerful weapons that players will be able to get from them, likely some useful guns that will be great for surviving the empowered horde that is to come.

There will be score multipliers in the game mode, which will increase your score the more you pick them up in the game mode. What is great about these is that they will allow you to take out the enemies around you when you collect enough of them.

You will be able to use new items in the matches to make sure that you are prepared for the stronger zombies this time around. These new items include ones that will make you invisible temporarily, which could be great for making a quick escape to regroup and strategize.

There are several new zombie enemies that you will be able to encounter in the matches, including white zombies that can freeze your feet, which will make you slide all around. Then there are the red zombies that are similar to creepers from Minecraft in which they can explode when you are too close or when you take them out.

Some green zombies will leave behind a poison cloud when they are taken out, so you need to be careful that you do not get stuck near them, or you could lose health quickly. Lastly, the gold enemies are more powerful and hard to take out, which will likely require teamwork to accomplish.

Fortunately, after every wave of zombie enemies, the team will be completely healed up. Any dead players will be revived for the fight again. Players will go through wave after wave until they reach the final one, where they will have to take down a tough boss.

It is currently unknown how many waves each match of the Fortnite Horde Rush game mode will feature, but we should find out more details in the future. If this leak is true, we still have quite a ways to go until Halloween arrives and this game mode finally returns to the battle royale scene.

Beyond that, it is interesting to know what else will be included in the potential Halloween event this year, as it will likely not even be part of the current Fortnite Season 7. Presumably, there will be much more than just the return of this game mode, including possibly other modes and even some challenges to complete.

Depending on how Epic wants to handle Halloween this year, it could be an entire event with some rewards and other content for players to check out. We are still pretty far from Halloween, so be sure to check back near then. We will have more details about what is going on.

News From All Corners Of The Metaverse

Marvel’s Shang-Chi Gets Fortnite Skin; all we know