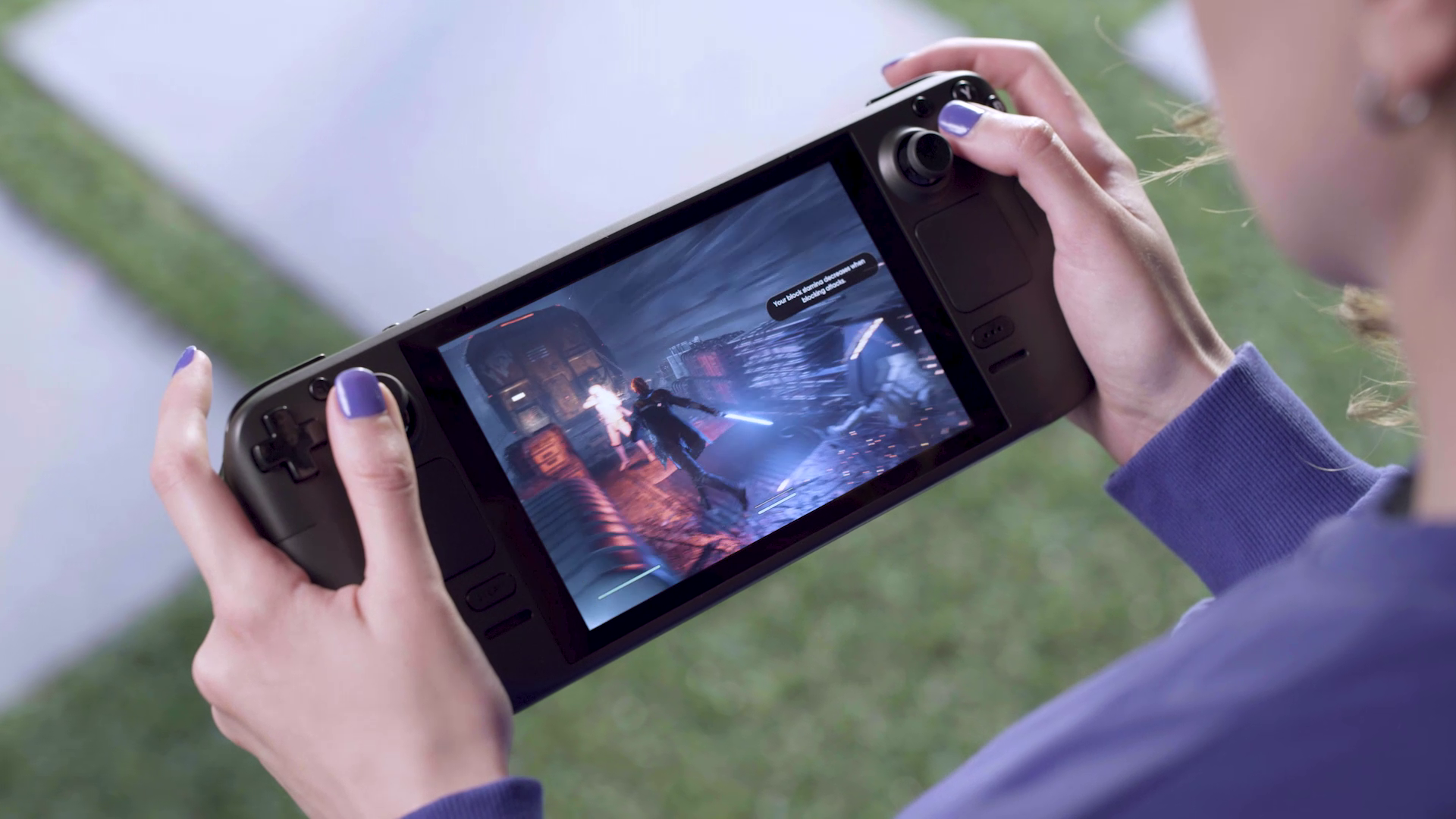 One of the biggest Steam Deck questions we’ve had is how much game time we’ll get from its 40WHr battery. And, for folks who prefer to stream their Steam games from their gaming PC over playing them locally from the handheld console’s SSD, we’ve got some good news for you. On a trip to Valve headquarters to see the Steam Deck in person, the developer gave us a pretty impressive figure.

Valve’s Greg Coomer tells us that you can “play for something like 8 hours of Death Stranding, or a high-performance game, on this unit if you’re streaming it rather than playing it locally.”

In previous interviews, Valve stated that you could expect a battery life of 2-8 hours on Steam Deck, depending on the game and settings, using the example of Portal 2 running for 5-6 hours when set at 30fps.

“At the same time, we’re trying to give people options,” designer, Tucker Spofford, tells us. “Because if you’re at 30,000 feet on an airplane, and not gonna be able to stream Death Stranding probably through Gogo Wi-Fi. Well, you can still play it on this. And the same purchase that you’ve made from Steam in both places.”

It seems if you want to get the most out of the Steam Deck’s battery life, streaming your games from your gaming PC might be the best route for now. Another benefit is that it allows users who might have purchased the lower storage capacity Steam Deck to stream the games in their library that they otherwise wouldn’t have the space for on their device.

Valve letting customers play their Steam games any way they want was a central theme in a lot of conversations we had with them, along with the lessons learned from Big Picture Mode, Steam Link, and the Steam controller.

“So a lot of it was just creating a piece of hardware that can hold all those things in one spot,” Coomer explains. “The same as a PC gaming experience, where you might want to customize what you get out of it, we tried to put enough types of input and ways to play on there and make it all really easy to use, so that anybody can find a comfortable way to play the game they want to play.”

Valve has also told us that it intends to continue making devices in the same vein as Steam Deck, so the idea of a cheaper streaming-only device isn’t too far-fetched. For now, though, let’s hope Valve can deliver the units due this holiday before announcing any new SKUs.

Old-school RPG Legend of Mana is getting an anime adaptation

This Nier: Automata skin for Fall Guys is making me extremely uncomfortable