Epic Games has finally released two famous skins of Fortnite Season 7. England captain Harry Kane and Germany’s Marco Reus. Both are now available as Fortnite skins, and they both join a new squad: The Icon Series.

Harry Kane’s outfit comes with the Sweet Victory Emote and Back Bling. Individually Harry Kane’s skin will cost you 1,600 V-Bucks. If you want to buy Kane and Reus bundle together then it will cost 2,300 V-Bucks. 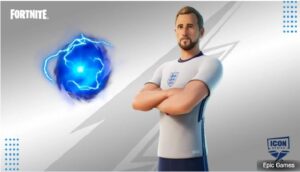 Marco Reus skin comes with the Three Wise Monkeys Emote and Back Bling. Individually the players require to spend 1,600 V-Bucks. It is beneficial to purchase the bundle of Kane and Reus 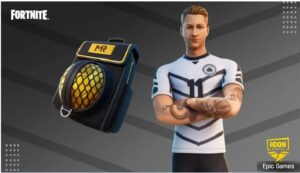 This isn’t the first time footballers are being added to the game as Neymar was introduced to Epic Games’ Battle Royale back in Season 5. Season 5 Huge popularity inspired the creators to introduce footballers in the game.

The Fortnite Euro cup is going to start on June 16th. Winners will get a reward of a $50,000 prize pool as well as Winner’s Cup Emoticon. The event is two days long. On the very first day, all eligible players can take part.

Only good performers will move to round two.

By the end of Round 2, Top performing players will share a $50,000 pool prize. Moreover, all players who earn at least 10 points in the tournament will get the Winner’s Cup Emoticon.

Winners who earn at least 20 points, will receive the Kick It! Spray.

‘Fortnite’ Voice Chat Not Working After Season 7 Update? 5 Ways to Fix the Issue