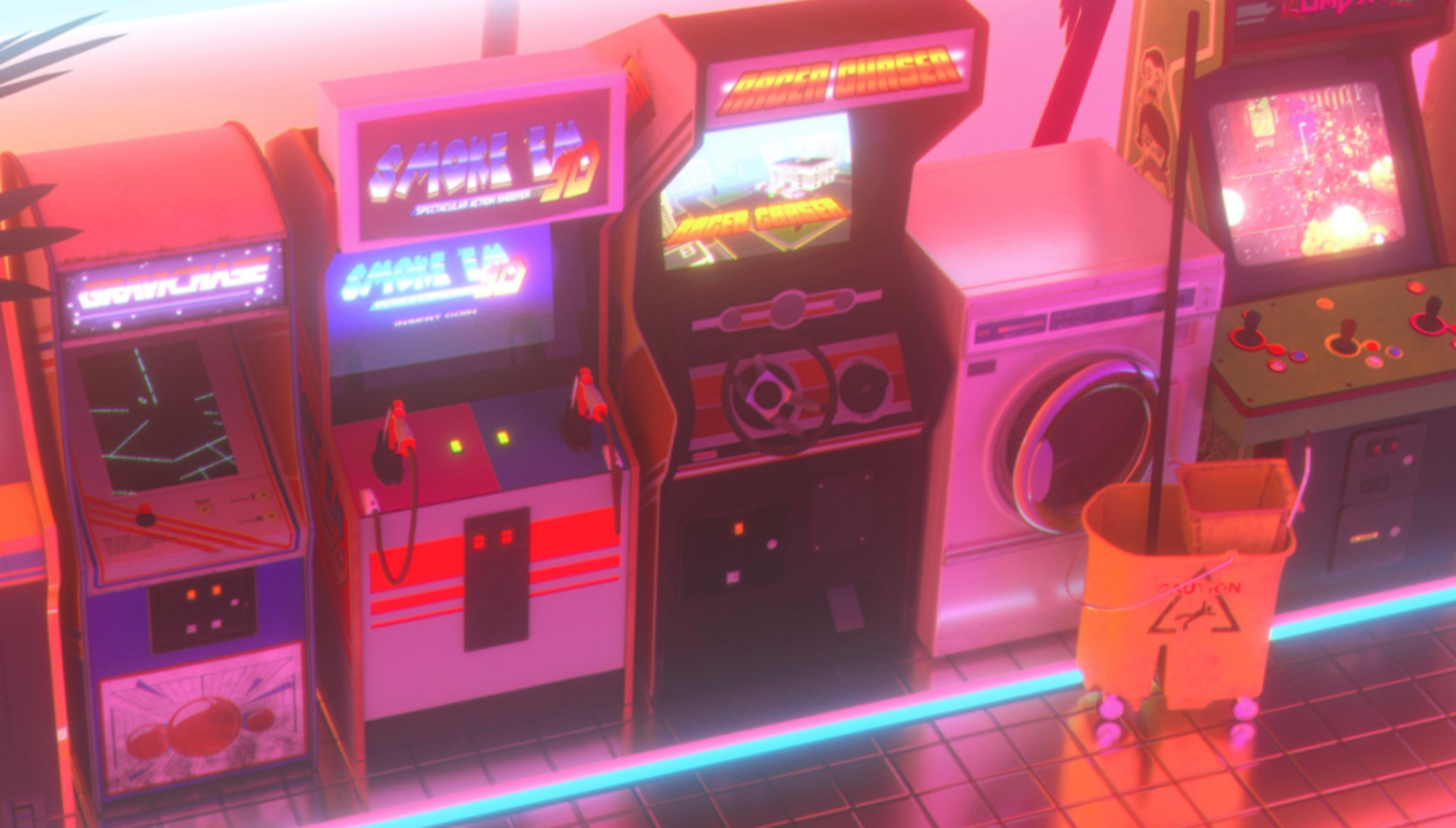 Arcade Paradise, an upcoming indie game that got a new trailer today during the Guerilla Collective stream, will finally let me fulfill a lifelong dream of owning a dingy arcade in 1993.

Players can apparently buy and install over 30 custom arcade games (original to Arcade Paradise, no actual classics here) and set high scores so high that customers will play all day trying to beat them. That’s genius business strategy right there. Of course, you don’t start out with a fully-kitted arcade. In fact, you’re actually tasked with running your dad’s (voiced by Geralt himself Doug Cockle) laundromat, but what he doesn’t know won’t hurt him, probably.

I have so many questions that will hopefully be answered when we can finally play it, like: do you go spend the whole game lying to your dad about how well the laundromat is doing, all the while shoving new arcade machines in the spots where dryers used to be? Do you get to decorate the interior of the burgeoning arcade, or is that stuff handled for you?

It sounds like a lot of the game is simply about playing the arcade games themselves. The few games shown off in the trailer look alright, but bite-sized minigames are the least interesting thing about Arcade Paradise’s premise. Arcade Paradise is releasing sometime in 2021.

‘Extreme space weather’ could destroy the internet (but probably won’t)