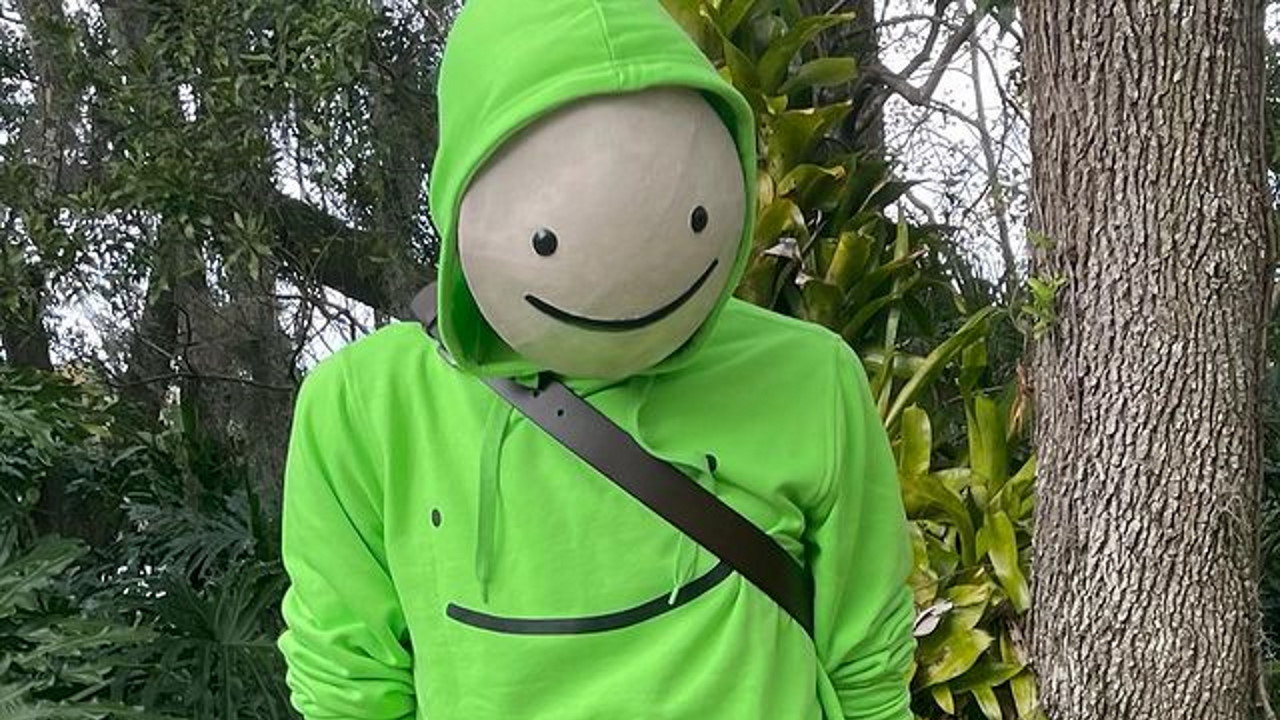 Dream is a hugely popular YouTuber and Minecraft speedrunner. After a breakout year in 2020, which saw his subscriber count grow by 12 million between January and November, he now has nearly 23 million subscribers on YouTube and 1.5 million followers on Twitter. He ran into some trouble at the end of 2020, however, after some viewers began to suspect that he was somehow cheating in their record-setting speedruns.

The legitimacy of the runs came into question because of the unusually high drop rates of two key items in Dream’s streams, ender pearls and blazing rods, both of which speedrunners rely on to reach the end of the game as quickly as possible. We’ve got a good explainer here, but the short version is that Dream seemed to have preternaturally good luck in acquiring them. Because of that, moderators at speedrun.com analyzed six of Dream’s speedrun streams and found that the odds of getting those drops were an “unfathomably small” 1 in 177 billion. Yes, billion.

That doesn’t completely eliminate Dream’s run of luck from the realm of possibility, but it was good enough for the moderation team, which concluded that the events in his runs “cannot be modeled in any sensible, conventional probability distribution.”

“There are no circumstances in a natural setting in which bartering and blaze drops could be dependent or biased to any notable degree, much less a degree strong enough to produce this result,” the moderators wrote in their remarkably detailed final analysis. “There is no way to accidentally manipulate these values during an RSG speedrun, nor is there any conventional way to do it intentionally using only conventional methods. The only sensible conclusion that can be drawn after this analysis is that Dream’s game was modified in order to manipulate the pearl barter and rod drop rates.”

As a result of the findings, Dream’s speedrun was disallowed, and the record removed. This resulted in further back and forth: Dream denied the accusations of cheating, the moderation team declined to examine the files Dream claimed to have used during the runs, accusations of bad math were made, and there was big social media beef between supporters of both sides, because of course there was. At the end of the year, Dream said that the decision was “respectable,” although he clearly still disagreed with it, and apologized for his initial reaction to it.

This isn’t at all regarding @karljobstgaming’s video though, we’ve spoken in private and he’s a stand up dude. His video was informative and well put together (even if I respectfully disagree with some things)December 31, 2020

That seemed to be the end of it until this past weekend, when Dream tweeted “About speedrunning,” with a link to a Pastebin post. He deleted the tweet after the post was taken down “due to reports” from other users, but post itself has since been restored. In it, Dream acknowledged that they had in fact been using mods that adjusted the drop rates, although they insisted that it was not intentional.

Dream explained that in “challenge videos” made before the Minecraft 1.16 update, he increased the enderman spawn rates and pearl drop rates so they didn’t have to waste a lot of video time hunting for pearls and blaze rods. The 1.16 update made the process more complicated, so a server-side plugin was created to slightly increase the rates instead. Dream had considered that it might be a problem but “brushed it off” because it was entirely server-side and so shouldn’t have any impact on the client, and he was “99% sure” that the mod wasn’t running anyway. Logs also indicated that only Fabric API was loaded and nothing else, although this ultimately proved to be inaccurate. As it turns out, so were other assumptions about the mod’s impact.

“I talked with the developer and ended up finding out that when working on the mod stuff he had added the same improvements from our challenge servers to the client side mod so that they would work in single player for videos like the shock collar video or other ‘single player’ mod videos,” Dream explained.

“This was only in an early rendition of the mod and was removed because the developer realized that those type of videos can just be done on a PC hosted server. This actually included a couple other things that weren’t mentioned at all during the controversy much as far as I’m aware. Ender eyes had a low chance of breaking when thrown, and enderman dropped pearls at a much higher percentage (I don’t think I killed many enderman so this wasn’t noticeable, similar to the eyes).”

Following the discovery, which Dream estimated happened “a couple months ago,” he took down his response video but didn’t comment on the matter further for fear of reigniting the drama.

“I figured it’s out of the way, and it would be a story I would tell in a few years when no one really cared. I told a couple people and just felt like the community had been through enough drama and that it was pointless,” he wrote. “I didn’t want to be the center of controversy for the hundredth time. It was shitty and an unfortunate situation where I felt like I couldn’t defend myself anymore in good faith without feeling bad but I also didn’t have any intention of cheating.”

That mindset apparently changed last week, however, when Dream’s older speedruns were also removed. This is fairly standard procedure when a speedrunner is caught cheating, and Dream said that it was a fair move, all things considered, and asked his supporters not to direct any hate toward the speedrun.com moderators as a result. But it also prompted him to make his more public declaration.

“I’m not really sure what I’m expecting out of all of this, but I just felt like I had a huge weight on my shoulder and I want to get it off,” he wrote. “I think the whole situation was extremely shitty overall for everyone involved and I wish that I could go back and do things differently because it was some of the worst weeks of my life and still impacts me every day.

“I’m sorry to anyone that I let down or disappointed. I always strive to be the best person that I can be and that whole debacle wasn’t the best that I can be or anywhere near it. I hope this brings some closure to anyone who needed it, and I really want to move forward with positive vibes like I’ve been trying my best to promote as much as I can.”

The controversy doesn’t seem to have damaged Dream’s popularity: His most recent video, posted a month ago, currently has over 40 million views. He’s also apparently smoothed things out with Geosquare, one of the speedrun.com moderators behind the initial investigation, which is always nice to see.

Delayed Lego Star Wars: The Skywalker Saga will show up at Gamescom this week