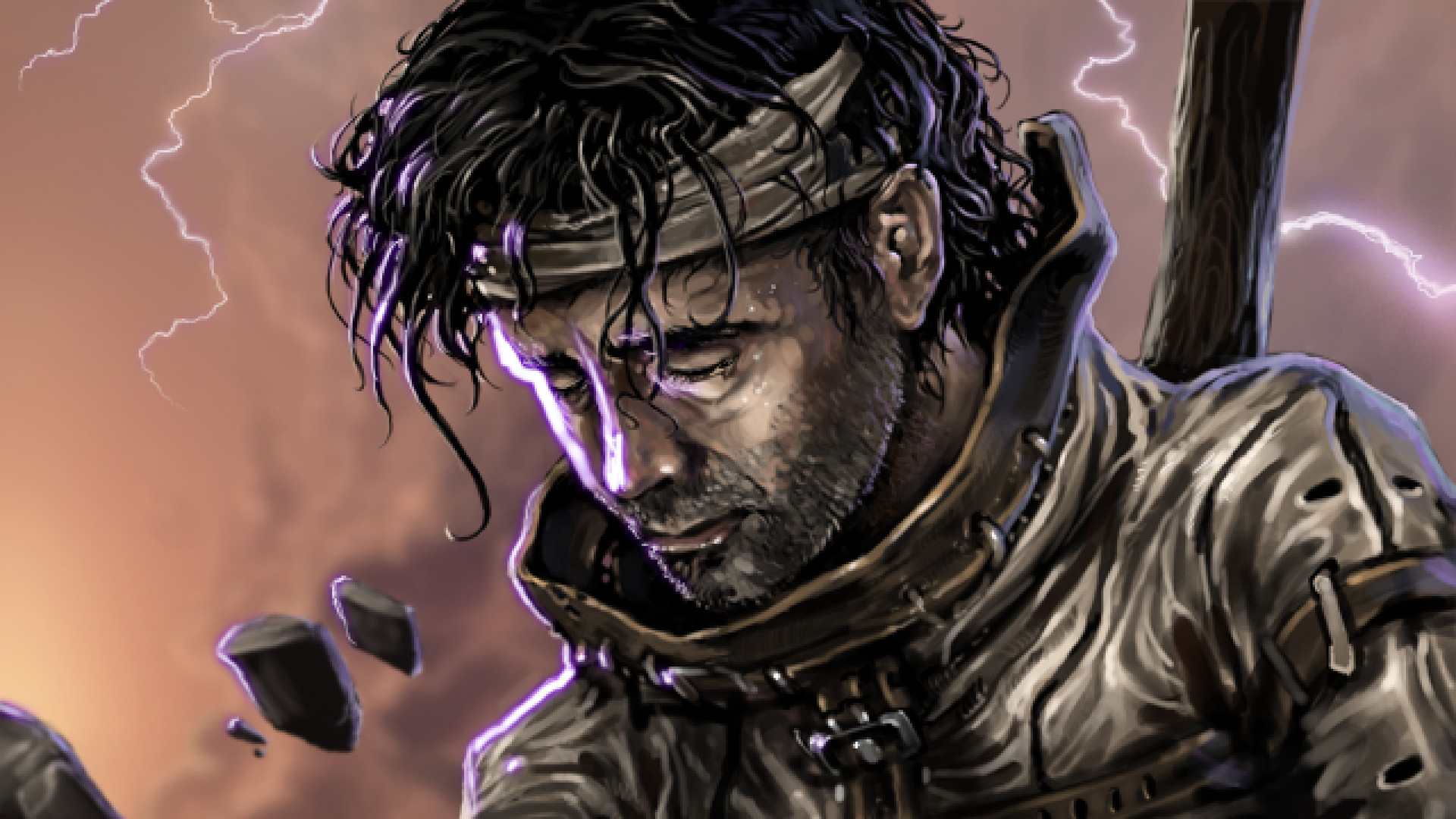 Strangeland, the new point-and-click adventure from Primordia developer Wormwood Studios, tells the tale of a distressed amnesiac trapped within the confines of a surreal, nightmarish amusement park suffocating under a malevolent darkness. It opens abruptly, with a woman leaping to her death—not for the first time, the raven warns—but as the story progresses it becomes clear that the true mystery is not what it first appears.

I’ve played a few hours of Strangeland, not quite enough to finish it but more than enough to get hooked, and the deeper I go, the better it gets. The narrative is filled with allusions and hints of a deeper meaning: On the surface it’s a fairly conventional point-and-clicker, with people to talk to and “use-this-on-that” puzzles to solve, but the story is suffused with a darkness that sometimes makes the “game” feel almost incidental.

Despite that impression, developer Mark Yohalem said in a recent developer diary that the puzzles are a vital aspect of the overall experience. “The unnatural obstacles in the game can be solved by means that express both naivety and guilt: memory, pain, and metamorphosis are the means the Stranger will use to advance, though those methods will be embodied in particular tools (a dagger; a noose; a note; etc.) with symbolic significance,” he wrote.

Puzzles have multiple approaches and outcomes, and I learned as I progressed that I was occasionally making choices without even realizing that there was a choice to be made. I also discovered that actions have consequences, and there were definitely a few moments in Strangeland where I did what I had to and did not feel good about it afterward. (Sorry, no spoilers.) Maybe the greater good will be served and it will all come out in the wash—it promises a story of identity, loss, self-doubt, and redemption, after all—but honestly I’m not entirely confident that’s in the cards for me at this point.

Strangeland is a compact experience, featuring around five hours of gameplay on a fairly small map, with multiple choices and puzzle solutions leading to different endings—much like Primordia in that regard. It’s a very different sort of experience than that of Primordia, a more conventional (but still excellent) sci-fi story, but if you enjoyed that (or just dig point-and-click adventures in general), then Strangeland is absolutely worth your time. It’s available today on Steam for 10% off the regular $15 price until June 1.

The best headphones for gaming 2021